“Vice News reported in 2014 that an American diplomat who was appointed in 2011 by the European Union to investigate the claims, found that the KLA murdered 10 Serbian and Albanian prisoners and sold their kidneys and livers on the black market. 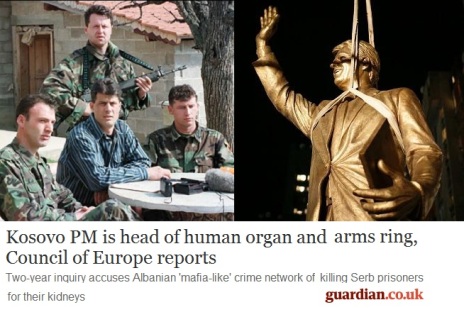 Vice also reported that Thaci was known in his KLA days as “The Snake.”

Despite awareness of the gruesome allegations against Thaci, the Clinton State Department appears to have approved him to attend the 2011 CGI conclave. He also attended in 2012 and 2013.”

“In 1999 Kosovo Albanians put over 300 hostages in trucks and transported them across the border to Northern Albania, where their organs were taken out and sold.”